They’re back! The first day of the Fall TV lineup has begun for the 2013-2014 season kicking off this Monday, September 24th. Right out of the ratings gate, NBC “wins the night” as they say in TV ratings talk. Meaning they had the highest TV viewership of audiences watching the top 2 shows’ premieres on their network, The Voice and Blacklist.

What’s the big deal about the Fall TV lineup? Well, it’s mostly the fact that the broadcast television networks kicks off the new season, showcasing their past and new series. And the most important part about broadcast television is that it’s free. Just in case you haven’t noticed, it’s free because it’s full of commercials, which advertisers pay top dollars 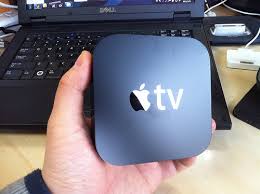 to the networks in order to connect with you.

With so many options this Fall season full of new and returning broadcast shows, in addition to the cable series you are already hooked on, which do you watch? What is more important to television producers and networks alike is which of the shows you are watching live. That is what gets them paid big ad spend dollars, with more than $18 million in Q2 2013 TV Grand Total spend, between Spot, Network, Syndication, and Cable TV!

So many people complain about not having enough time in their lives. But are you counting how much time you spend watching TV, whether its broadcast or cable, live or DVR?

In 2012, Americans watched TV for two hours and 50 minutes a day. A government study found that Americans worked less in 2012 and had more time for leisure activities. Obviously, watching TV was considered first for spare time. But what does that say about using that time for TV instead of doing other things like spending time with family, exercising, reading or enjoying the outdoors? Has TV become American’s favorite past time impacted the quality of our lives and even our relationships? Is it consuming as much time as computers and smartphones?

While a limited number of U.S. homes no longer receive TV programming via a traditional platform, as much as 75 percent of these “Zero TV” homes still have TV sets they can use to watch entertainment, play games, or surf the Internet.  Which answers the question, even those homes who do go digital and give up the boob tube, they just go to other electronics.

When does the loyalty you have to your favorite TV show start to impact your quality of life and relationships? I think there is a fine line between balancing all of these media platforms and still enjoying your leisure time. There are so many interesting things to explore in the “real” world, our obsession with reality TV and other realms of media may be our way of escape. And that’s fine too, in moderation. So happy watching this season, but don’t forget to enjoy some happy living too!