Facebook Past, Present and WhatsApp…On September 8th, 2009 I posted a blog titled, “How Many Friends are Too Many Friends?”  The topic was about how many friends a person can manage to maintain a social relationship. The number I cited in that blog was Dunbar’s Number, which is a theory that the cognitive limit of group size is 150 people.  After 150 people it will become more difficult to manage the social relationship.  Therefore, once your number of Facebook Friends exceeds 150, it will be difficult to keep tabs on all of them. And, for many of us that’s happened, we have more than 150 Facebook friends. In fact on average (meaning the mean) Facebook Users have 338 Facebook Friends.

In theory, this is why smaller groups of “family and friends” and “acquaintances” have evolved on Facebook. It’s clear that an algorithm that pipes in “newsfeeds,” based on who you have designated to be in each group, and the pages you visit, is now necessary to help you be sure to see those close friend updates.

Back in the day, September 8, 2009, Facebook posted that there were 250 million Facebook users. Today, less than five years later, that answer was not as easy to find.  Many things have changed and the company has gone public and is currently buying another start-up, WhatsApp for 19 billion US dollars. However, we did find the number buried in an investor relations financial report and the total number of global active users is 1.23 billion as of 1/29/14.

On February 4, 2014, PEW Research conducted a study among Americans and found the average FB user has 338 friends. However, it is very polarizing because many people have more than 200 Facebook friends and many have less. 39% of adult Facebook users have between 1 and 100 friends. Younger people are much more likely to have larger networks of friends, for example nearly 3 out of 10 of those 18-29 have more than 500 friends. How many do you have?

Say what you like about people abandoning Facebook but the facts speak volumes and nearly 6 out of 10 Americans use Facebook and the average user spends 351 minutes a month on Facebook (Yes nearly 6 hours!) And as for the rumors that teens are abandoning the site in record numbers– they’re not. 73% of 12-17-year-olds have Facebook accounts and 70% of teens claim to even be friends with their parents on Facebook.

Now that Facebook has been around more than 10 years and we have had a chance to “Like” a lot of things and in fact we do and 44% of Facebook users “like” content posted by their friends at least once a day, and 29% doing so several times per day.

We have also had some time to decide what “not to like.”  The least liked is TMI. People strongly dislike when they believe someone is sharing too much information.  Similarly, they also dislike it when someone else shares too much information about them personally.

57% of Facebook Users with Children under 18, dislike when people post pictures of their children without their permission. So when posting a picture of someone else’s kid? Think twice. 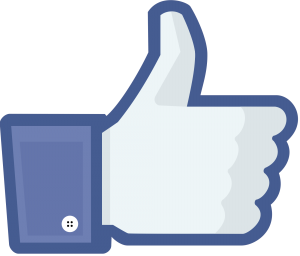 As for WhatsApp, well valuation is all about growth and current market growth is in mobile (apps/text). WhatsApp still has a lot of room to grow the number of users. Facebook can’t deliver that kind of incremental growth now that they have over a billion users.  WhatsApp at $19 billion may have been a bargain.