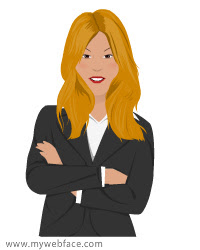 Ever wonder how many users are on Facebook? The answer, today, is more than 250 million active users. Facebook started on a college campus (Harvard) in February 2004 and then expanded to other colleges and then high schools. Today two-thirds of FB members are outside of college and the fastest-growing demographic is 35+.

The average FB user has 120 friends. How many do you have? Today I have 274 tomorrow maybe more…maybe less. Here’s the thing: Corporate management theory, the military and psychology gurus support the optimum group size of 150.

It is often referred to as “The Dunbar Number” because Robin Dunbar, a British anthropologist researched this and determined the optimum number to maintain social interaction was 150. His research was based on personal communication involving speech. So what does that mean for a social networking site like Facebook? Does it mean that we as humans using technology –that we are expanding our “tribe”? Is it an evolutionary shift?

Or will what typically happens in corporate organizations, and government evolve here as well? Will we have more bureaucracy and social stratification to ultimately keep the core group smaller and more manageable? Can we keep up with a growing number of friends?

I recently had a FB request from someone who wanted to know where he knew me from? Well, he doesn’t know me. However, he sent me a friend request a while back because I am a friend of his friend’s sister. That was when he was new to Facebook and adding friends. Now, he wants to decrease the size of his group to people that he knew or that he communicated with on a regular basis. I made the cut, but likely only because I responded that I enjoy his posts. I am reasonably sure if you didn’t respond to his post that you were “de-friended”.

There is an application where you can designate your “Top 25 friends” or you can be someone’s “Top Girl” to let people know who your top people are at any point in time. Or maybe it’s to let you know. Based on user demand FB has added Friend Privacy in March of 2008.

Dunbar’s research also supports that in small groups there are diminishing returns on Group Satisfaction after the group exceeds 150. For smaller groups, this occurs between 12 and 15 people. Ah-ha, that is where the optimum focus group size of 8-12 comes from! Yes, it’s based on research!

So getting back to the point; are we evolving with the help of technology or are we providing diluted communication to some group members once they exceed the personal limits of our time and attention? My guess is that the effective number is still 150. It takes a long time for evolution to happen even with the Internet!

However, we will keep adding friends and the average number will grow exponentially like Facebook itself has grown. A number of segments within our groups will evolve with varying degrees of communication and interest and we will pay more attention to some friends than others. And, if we want to keep in touch with everyone and let them know we think about them…we write a blog.