Why are some companies, brands and concepts successful while others fall flat? Are some ideas just better than others? Is it strictly the hard work and determination of their founders or is it something else? I found myself asking these questions while observing my daughter watch a recent episode of Mickey Mouse Clubhouse. At six months, my daughter is eagerly discovering the world around her, developing her personality and starting to form opinions.

For those who are not familiar, Mickey Mouse Clubhouse is the only Mickey Mouse program that is geared towards preschool-aged children. The animated cartoon interacts with viewers and encourages problem-solving by having children identify shapes and count to ten. While every parent tends to believe their child is the smartest, I am not trying to make you believe my six-month-old daughter is problem-solving or counting to ten. She does however light-up when Mickey Mouse 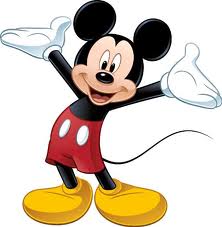 struts through the forest along the red and yellow spotted pathway and say, “Hey everybody it’s me, Mickey Mouse …”

It is amazing to me that this iconic mouse has been around since 1928 (91 years) and is still going strong. The lovable cartoon figure was designed using simple circles, for ease of animation; with three fingers and a thumb, making him more feasible to produce in the early years.  Mickey Mouse has survived the great depression of the ’30s and went on to shape the animation industry as we know it. He was the first character to appear in:

One of the things I find inspirational about Mickey Mouse and the Walt Disney legacy is the number of comebacks the character has had. There have been some significant declines in popularity over the years but he continues to successful re-emerge in new roles. To this day Mickey Mouse is one of the world’s most well-known fictional characters. The cheerful mouse I grew to love as a child is now making an impression on yet another generation with his more adventurous side, thanks to rebranding efforts.

It is certainly no surprise to hear that the Walt Disney Company places a lot of emphasis on understanding their consumers. At the Walt Disney Animation Studios, research teams explore all areas of content creation, from modeling and drawing through animation. Research, strategic marketing and perseverance have all helped ensure a 91-year-old fictional character continues to capture the attention of their audiences, even the wee little ones.

So back to my previous question; why are some companies, brands and concepts successful while others fall flat?  Realistically there is no one, universal answer but the Walt Disney Company can certainly be considered a role model. Continuing to tweak characters, expand merchandising, understand and appeal to new generations, help broaden their consumer audiences while playing to the nostalgic side of parents (a marketer’s dream). Knowing my daughter loves the same cartoon character as I once did, already has me pinning cupcake ideas for her next birthday, pumpkin stencils for Halloween and anxiously waiting to share the theme park experience with her.

Research shows satisfied customers are more likely to repurchase and recommend which are two key metrics of customer loyalty. The Walt Disney Company certainly scores highly in the area of customer satisfaction, ultimately producing generations of loyal customers and paving the way for continued success.  This is one company that is not falling flat!

by Jeanne Campbell of Mindspot Research, a division of Mindspot, Inc.