Where does your organization’s inspiration come from? 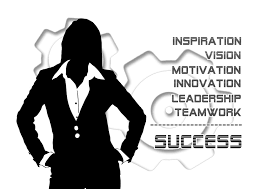 You undoubtedly know of the devastation a recent bout of tornados has caused to some unfortunate towns and their inhabitants on Friday, March 2nd.

Henryville, Indiana was one of the towns devastated on that day … a community that was geographically located in the worst possible spot at about 3:00 that day. Arial photos and other photos and videos have focused on the wide visual of devastation.

The following Tuesday morning on the 6 a.m. news, I saw two leaders already long at work.

Who were the creators and executors of one of the first formal plans to help the town? Local authorities? City planners? FEMA representatives?

How about two HIGH SCHOOL GIRLS.

Carli Pendleton and Britney Jessee were already selling T-shirts online to raise money for the town. The tornado devastates the town on Friday at 3:00. On Saturday night they had a T-shirt design, tapped social media, and had orders. Three of the shirts were bound for Honolulu and two were bound for Europe. Then, three days later, they were on TV to the Louisville metro area of 1 million people. Viewing their Facebook site, word has spread far and wide.

Two high school girls who had an idea and the drive to do something for a larger group … and executed it. Got it up and running WITH results the next day!

Aside from the spirit of these two girls being an inspiration for all of us in life, they also got me thinking about the fact that motivation, ideas, drive, and a roll-up-the-sleeves-and-get-it-done attitude can be anywhere in our companies, too … but are we aware and/or accepting of it from all parts?

It is a good idea for all companies to get a mix of people together from different areas and backgrounds once in a while to brainstorm new ideas and/or solutions to problems. Regularly collect ideas and develop some into realistic concepts. Do some concept testing on the more costly or timely ones with their anticipated target audience to see if the ideas “have legs” or can be enhanced with end-user input. Having a pipeline of potentially viable ideas at all times is always preferable to try to come up with some when under time pressure to do so.

Unless, maybe, you are Carli or Britney.

If you would like to show your support for these two inspirational go-getters and help out Henryville, Indiana at the same time, you can find their T-shirts here: