Cable, Bundled Contracts, and Linear TV are Ripe for Disruption 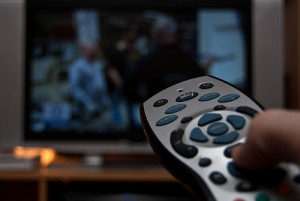 The Mindspot Research theme for the month of June is disruption. To disrupt is aptly a transitive verb defined as to break apart; to throw into disorder. And we believe cable, bundled contracts, and linear TV are ripe for disruption and fit the bill.

Why choose disruption? Recently Greenbook, which is a respected Marketing Research Guide for Marketing Research Buyers, posed the question, “What industries are ripe for disruption?” Intrigued, we have been paying even more attention than usual to conversations and news regarding change and what industries and products could use a shake-up, a change, a new process, or a total makeover.

This disruption is already occurring and appears to be mainly dismissed in the news and press release to a large extent as, “this is not happening.” It’s still going to happen if you don’t look. As any good strategic person knows, it is better to understand the challenges you are facing and develop a strategy to address them, rather than suffering the consequences of being blind to your customers.

This has happened before with traditional landlines being replaced by cell phones. As cellular phones become smaller and more portable, networks increased coverage, the technology advanced and the costs declined. According to numbers released in a research study conducted by the CDC, more than one-third of households only have a wireless phone, and if you include households with a home phone that don’t use it, the CDC finds that more than half of households now use wireless phones only.

We’re not saying people are unaware of this market dynamic and industry awareness does exist regarding people who are no longer using linear TV. Nielsen began tracking this audience because the way people view video and television is changing. This Zero-TV group currently numbers more than 5,000,000 households in the U.S., up from 2,000,000 in 2007. Also, the number of subscribers that cable and satellite companies add per year is declining relative to the previous years. Take the declining number in addition to the Zero- TV group growing and add in a market that is engaged – the average American views 41 hours of TV each week, plus a technology that is rapidly changing, we find you many have the recipe for a perfect storm, which qualifies as a disruption.

It’s a simple cost and value equation for people to consider dropping cable and satellite altogether when these three things happen:

Consider that the cable and TV industry may be disrupted even faster than expected fueled by the new shortened cycle from development-to-early-adopters-to-mainstream. The tipping point will occur faster, which is why I suspect AT&T is interested in tendering an offer for Hulu. It’s all about strategy.