Exercise Your Right to VOTE!

It’s that time again to stand up and have your opinion counted – VOTE this election!

Research shows the United States population over the age of 18 during the last presidential election (2008) was a whopping 225,746,457.  I am sad to report, however; only 122,394,724 exercised their 15th Amendment right to vote.  This is a mere 54% of the eligible population.  If you were surveying the general population you may consider 54% to be a decent response rate, but this is an electoral decision to elect the leader of the free world for a four-year term.

At Mindspot Research we believe sound decisions are made by gathering the facts and analyzing the data.  Sometimes the data will reveal a clear direction, while other times it will simply give you permission to make the decision you were leaning towards.

Below I have provided links to both the Republican and Democratic National platforms:

As a true moderator, I am remaining neutral.  I am not expressing opinions on either candidate or any party affiliation.  I am simply pleading with you to do your research, and exercise your right to VOTE!

For those who are not familiar with the process, there are three ways to have your opinion counted.

If you’re still not sure where 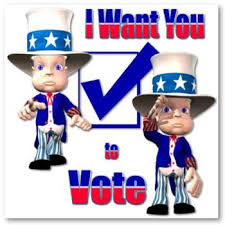 to vote, click here to visit a great nonpartisan website that helps eligible voters figure out how and where to vote.

I look forward to having your opinions counted and seeing what the next four years will look like!

By Jeanne Campbell of Mindspot Research, a division of Mindspot, Inc.