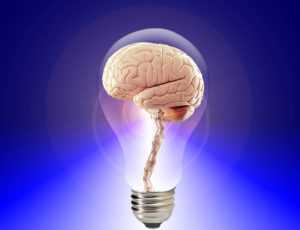 People have always used metaphors to help them understand their world. As we became an industrial society we used to speak of the universe as running like a fine watch. Today, considering the influence of computers it’s no surprise that we speak of our mental capacity in terms of bandwidth. It turns out that neuroscientists have determined how fast our brains process information and it’s a finite amount in terms of bytes processed per second. That number is not the focus here, but the fact that it exists.

There is another similarity between our brains and computers. Just as when we switch from one program to another on our computers our brain must power down one form of application and then “boot” another application to perform disparate tasks.
Now, granted, for most of us, this may happen faster than our awareness. None the less, that does not mean the process is not happening. Hence, when we multi-task (a misnomer in itself as we are simply performing a series of sequential tasks) our brain must shut down and reboot between each unrelated task.
Research has shown that long term this behavior deteriorates the brain. So, let me encourage you to take or should I say, retake control of yourself. Instead of attempting to perform multiple tasks “simultaneously” give your complete attention to each task at hand. Contrary to popular belief, you’ll get more done and your brain will perform better, longer.
After all, in the knowledge economy, our brains are our only true competitive advantage.
Please follow and like us: