We are now into March Madness and the ratings of college basketball are at their peak for the year.  With 68 teams taking part in the NCAA Tournament, most of the games won’t have much of an impact on the Championship, but yet the ratings are so high and many people are talking about it.   Why?

You know them … you may have one (or two, or six, or ten) filled out.   The number of people who participate in pools involving the bracket sheets is astounding … people who aren’t watching college basketball regularly, or even at all, participate!

Many people watch the games because they NOW have an interest, or stake, in the games.   Don’t get me wrong, people like watching the games themselves … the switching around to close finishes and upsets is well-orchestrated and is fun watching.

But the bracket competitions (those that are free among friends or sponsored online, and those where people toss in a couple of bucks), whether the NCAA will admit it or not, drive the ratings of these games beyond the increase of what would be expected from the regular season to postseason 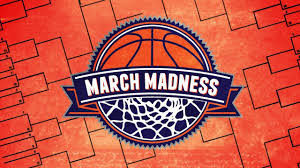 … no other sport has such a phenomenon.   The NCAA, schools, networks, and sponsors all benefit.   Only the Super Bowl is in the same discussion of maximizing the involvement of the casual fan (i.e., non-regular “customer” of football) because of the party culture around the game, halftime show, and those anticipated wacky commercials.   But this is just for one game in a four-hour window.

But, let’s take a look at what is happening here that can be applied to our businesses … these brackets are drawing in the casual and non-existent fans (read: “customers”).   Most every business has customers or potential customers like this.   Let’s say that your business follows the 80/20 rule – 80% of your sales volume comes from 20% of all the people who buy from you, and the remaining 20% of sales volume comes from the 80% who are non-regulars buyers.   The brackets are doing an OUTSTANDING job at getting college basketball’s 80% of non-regulars involved.   And they have the attention of these people on TV during the games AND at the water cooler (the original “social media”) between games throughout March.   Social media use among friends and their virtual competitions and/or updates and comments also keeps the buzz alive.

So, what can your company learn from March Madness and the “tool” of the brackets to engage the “80%” of your customers in order to increase their interest in what you are ultimately selling?