The Truce Wall – A Global Conversation 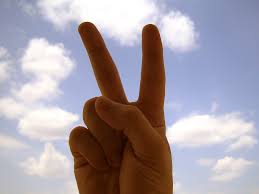 Why wait until now to write about the 2012 Summer Olympics Games? I will just tell you. We all loved going home and watching the Olympics and then talking to people the next day or we watched during work or we read about what was happening that day so we didn’t miss a thing. We could talk to anyone with our simple conversation starter because EVERYONE knew about or watched the 2012 London Olympics.

The World was having one big global conversation and I swear the global vibe was better because even if people did not agree or were judging or holding others to their crazy standards of what the U.S. Gold medal winner Gabby’s hair should look like, at least we were all talking to each other or updating our status and tweeting.

There were 193 countries and 11 territories or other entities participating which is amazing since there are only 196 recognized countries in the world. Almost all want to participate, compete and of course, win.

The Olympics are a shiny gold medal example of how sport can bridge differences and bring people together. It is a public parade of athletes who are human beings putting their hopes and dreams on display for the whole world to devour regardless of the outcome being an unprecedented victory or shattering defeat. We held our breath watching the divers, we were moved to tears if one of the young gymnasts fell off the bars, we were amazed that ya Usain Bolt is the fastest guy in the world, even if he knows it. We watched beach volleyball in 60-degree weather in the center of London. The world watched – In the US alone, NBC has said the London Olympics was the most-watched television event in US history, attracting 219.4m viewers.

The London Games were chock-full of royalty with the Princes and Kate in attendance and Queen Elizabeth appearing to drop from the very sky above. The ceremonies included the best of British Rock and let’s face it for a country that compulsively follows all rules the UK has a surprising amount of Rock Gods.

Here is what this blog is really about -the Wall of Truce. I was checking out the official Olympic site – since I work for a marketing research company (yes I can justify anything). And, low and behold I found The Truce Wall. It is an affirmation of the Olympics’ commitment to the quest for peace and to honor and remember the 11 victims of the Munich tragedy. It’s a reminder to get along and that killing other teams is not acceptable behavior. It is an agreement to a Truce and a reminder that even the Olympic Games and the good global vibe can’t provide a shield from all of them not getting along that goes on in our world.

International Olympic Committee President Jacques Rogge stated, “The Truce Wall is a symbol dedicated to building a better, more peaceful world.” The International Olympic Committee partners with the United Nations to provide sports clothing to thousands of people who need them and campaigns using their Giving is Winning platform for donations during the games. They expected to collect more than 100,000 items of clothing for distribution to people who were displaced by violence, famine or disaster.

The Truce in the Global Village happens once every four years. It is difficult not to wonder what would happen if the World had a Truce Wall and everyone played the game. Then, we would really have something to talk about.