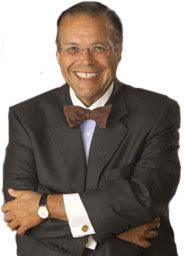 These prophetic words reinforce the prediction that micro-businesses (five employees or less) are the fastest-growing sector in the US economy. Many of the people who’ve been laid off have either been unable to find jobs or have chosen to start their own businesses rather than further subject themselves to the impersonal whims of big business.

Peter Drucker wrote that it was easier to buy innovation than to grow it inside large corporations. The corporate cultures that innovate run counter to the cultures that leverage products and services and scale them up for wider distribution.

The irony here is that the mindset that invents and innovates frequently also runs counter to the simple systems needed to take creativity and turn it into a successful business.

As Michael Gerber wrote in his landmark book, The E-myth, there’s a big difference between baking a great pie and running a great bakery business. As I mentioned before, many of the people who are and will be starting these micro-businesses are probably experts at what they do, but the vast majority are going to need assistance turning their expertise into a business.

What all of these random theories add up to is the idea that over the next decade and probably into the foreseeable future there will exist the opportunity to fashion industry around providing affordable, business-systems and processes for micro business people.

What business opportunities do you see arising out of the changes brought about by the current economy?