4 Ways to Predict Disruption in Your Brand

Humans, as a species, typically avoid change. As creatures of habit, we often seek to minimize the rift disruption often brings. As a result, when disruption occurs, we tend to react confused, caught off guard, or put-out by new rules to an old game. Disruption in consumer behavior 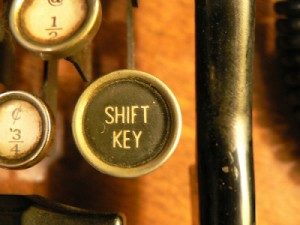 Yet, does change really occur….in a bubble? Doubtful. Is it possible to predict pending disruption and use it as an advantage? I think so. At least in consumer behavior, it is.

With the entry of Millennials also comes an era of disruption possibly on about every platform in the world. Although there is some debate on exactly when the millennial generation begins and ends, it is generally accepted that Millennials are defined as anyone born between the years of 1981-2000. They are considered the, perhaps, the most elusive generation to date. Not to mention, the largest in American history with approximately 79 million in the United States alone. By 2030, the gap between Boomers and Millennials is expected to increase substantially, with 78 million Millennials to 56 million Boomers. Hence, the pressure is on for companies to understand, reach, and capture this beast of a generation.

However, the rules of attraction in consumer behavior have suddenly changed when capturing the Millennials. They appear to use different criteria set than Baby Boomers before them when selecting brands to be loyal to, with importance being placed on a brand’s purpose, cause, and corporate responsibility. Even at that, their loyalty can play hard to get and be fickle once earned. They are considered to be technology natives and are more connected to each other and their icons than any other generation before them and somehow less attached to them at the same time. Millennials appear to be less driven by the accumulation of “stuff” and more interested in experiences. They are more diverse and accepting and generally more liberal than generations before.

But let’s rewind for a minute. It’s not like the Millennial Generation just happened. Did we really not see the change forming? Disruption isn’t a new evil. We have encountered this mammoth before.
Truth is, disruption is the evidence of evolution. Used wisely, the disruption process can lead to sustainable greatness.

Take a walk with me down memory lane:

Are known for their hot pursuit to the top, their relentless drive for the best, their work-more and play-less approach. Baby Boomers ushered into the marketplace an attitude of growth, onward and upward. The marketplace as a whole began to see economic shifts as women and youth, who were at one-time considered small contributors, began to drive purchasing power among brands. This disruption changed the way companies communicate, forever altering their conversations with their target consumers.

are known as America’s “Forgotten Middle Child”. A generation bookended by a noisy Baby Boomer Generation before them and confusing Millennial Generation coming up behind. Pew Research published an article on Gen X in July 2014, noting that as this Generation fell between two loud giants, they also fell in between the two on just about all topics as well—weighing in as more liberal, more technologically savvy, and less trusting of institutions than the Baby Boomers before them, but less so than the Millennials behind them. Gen X may not have been the generation of big consumer behavior disruption in the marketplace, but it was the slow-cooker in which our culture perfected change.

Millennials did not simply usher in a change, they adapted to the gradual progression set in motion long before their time.

I know what you are thinking: Hindsight is 20/20. It’s easy to see these trends after they’ve developed. And to some point, you are right. But, disruption in consumer behavior should not cause the marketplace to stutter. Rather, these changes can be predicted with a degree of analytic finesse and know-how [read: research].

So what can brands do to predict [and brace for] disruption?

Do you have a purpose? Of course you do. But can you communicate it simply? Einstein is quoted as saying, “If you can’t explain it simply, then you don’t understand it well enough.” And ‘tis true in business. Know your goal. And then get a read on your consumers’ perceptions of how well your goal is communicated.

How many companies do we run into each day that “have an idea” of what their consumers want/think/perceive of their brand only to have them do a double-take when they read the real perceptions? Countless. Before you know where you are going, you must know where you have been. Get a read on what your consumers think of you now.

In order to predict the future, you need to take the temperature in the playground of your market. Who are your competitors? How do you rank? What does your brand need to do to keep up, exceed, or change the expectation of consumers?

It’s important for corporations to keep in mind that sustainable greatness is an entirely different goal than greatness. And only the most adaptable reach sustainability.
After all, wasn’t it Charles Darwin that said:

“It is not the strongest of the species that survives, nor the most intelligent that survives. It is the one most adaptable to change.”