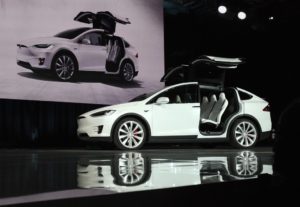 Mindspot Research has posted a white paper about a phenomenon called Showrooming. This occurs when people shop in-store and then purchase online. We chose Tesla Motors as an example of a company changing a traditional business model. We provided a list of suggestions for retailers on how to overcome showrooming in our Showrooming White Paper.

The Tesla Motors business model includes “Galleries”, which are typically single storefronts or mall-based space. “The Gallery does not sell cars, but serves as a place to educate visitors about our groundbreaking electric vehicles.”

Tesla Motors is our latest installment in the Disruption topic. They earned being the topic of today’s blog for a number of reasons. The first reason is their product – electric motor only vehicles. What is more, disruptive to the current business model in place in the auto industry than a product offer that is 100% electric?  It’s extreme. It’s like becoming a vegan.

The “Tesla Galleries” are a nod to reality.  That reality is an education process which is required with any product or service offer that is legitimately describing itself as groundbreaking. This is even more pronounced when the purchase is considered to be a big-ticket item, like a luxury sedan. And like anything new, there are barriers to buying one, even if you are an early technology adopter if you don‘t actually understand the offer.  Although Tesla delivers as a performance sedan and was chosen as Motor Trend’s 2013 Car of the Year, I still had to read more on their website to understand how the car actually worked, the requirements, and how long it will go before it needs to be recharged (about 300 miles) and how much the vehicle cost.

My initial struggle is with the possibility of not having a place to plug-in on a road trip. However, I would think that survivalists would be all over owning one. Imagine if you had a solar source of energy and your home was set up to charge (either 110 volts of 240 volts) and suddenly all power was turned off. Your car would still work and you wouldn’t need gas. You would have a vehicle and most likely be one of the coolest and longest-living folks around.

Let’s review. Tesla was featured as the coveted topic of this blog on disruption because the company is:

Tesla is not for everyone. Yet.