Audience Reach and Advertising: Are You Being Targeted?

If you have ever asked yourself any of the above questions, I can tell you to seek the answer in the almighty ratings. More specifically, the Nielsen company ratings. “Nielsen ratings are the audience measurement systems developed by the Nielsen Company, in an effort to determine the audience size and composition of television programming in the United States.”

They do have a system, and to say that the system is somewhat lacking and dated is an understatement. There are still “diaries” that are self-recorded and there are “Set and People Meters” that track household and individual home viewing. And if you’re wondering who gets to be measured, it is a random process where the household selected cannot have conflicting employment with media or advertising, and they are considered by Nielsen to be a representation of the population. Meaning, their television viewing behavior counts for many homes, including yours and mine.

Your show then gets ranked based on these people’s viewing. For example, for the week of January 21, 2013, the top show was American Idol on Wednesday night on FOX for Prime Broadcast television with a 9.3 rating and 16,073,000 viewers. Among cable networks, The Presidential Inauguration on CNN was the highest-rated viewing, with a 2.8 rating and 4,282,000 viewers.

So what about those shows you DVR or other options like TiVo? They go into a bucket called time-shifted viewing. And although this has a huge impact on television ratings, networks are not adding that data into their ad rates. Mainly for the most obvious reason, advertisers don’t want them to because they don’t want to pay for commercials viewed after a show has first aired. Commercials are designed to drive sales.

There are so many people involved in television on the back-end from programming, ad sales, marketing, production, to communications and broadcasters. Yet, they all have one thing in common: the output has to resonate with the audience. Mixed communication approaches or hit-or-miss advertising strategies are not effective.  The biggest debate remains, even if you don’t really engage or click, does that mean you were still exposed? Is ultimate audience reach better or should they concentrate on the audience they were trying to reach?

Another even larger element of this is the ever-expanding online platform, where viewers now have the choice to watch their television programming online. This too is tracked by Nielsen. When the industry looks at campaigns spanning hundreds of websites, the results are still the same. In the end, they are delivering to the wrong people. The commercials are being displayed to the masses, even though they are created with a specific target audience in mind. So the advertisers and their brand or products are reaching all of these people, not who they want specifically to view their commercial, which is called the target audience 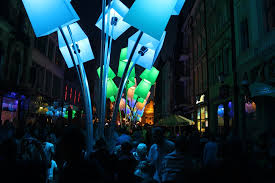 . And therefore, their target is not being accurately measured either. Despite these numbers, Nielsen research shows that the web does, in fact, deliver audiences more efficiently than some popular TV programs with very broad audiences.

After many years in the media research industry, I can say with certainty it’s more effective to reach the right audience with programming content and advertising to closely match your viewers’ needs. The way to do that is work in progress.