How Does Your Social Media Brand Stack Up? 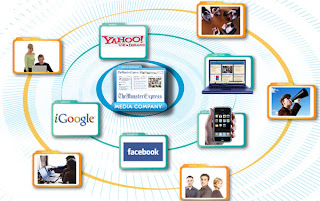 Far from being an Internet fad that only a select few use, social media and its list of tools and applications are fast becoming the most important business tool online. Not only can it let you know what’s being said about you, it can also help you with market research, sales, PR, customer interaction and much more. There are many different sites and tools available to help businesses get the most out of social media, some better than others. But one that is beginning to stand head and shoulders above the rest is micro-blogging site Twitter.

The beauty of Twitter and its use to businesses and professionals is the simplicity in which it works. Users open a Twitter account, choose a username, set up a profile and that’s it – you’re ready to start communicating.

By only allowing a maximum of 140 characters to converse with at any one time, Twitter also ensures that the majority of its users converse effectively. Yes, there will always be the odd, “My cat’s breath smells of cat food!” moment but you can filter these out. If you want Twitter to be used mostly as a business tool, then you can choose who you follow and who follows you (“follows” are your connections).

For anyone that hasn’t used Twitter yet because they don’t feel it offers any value to businesses, consider this:

When these types of results and others like them happen because people are simply conversing online, that’s the sign of a powerful business tool. Yet like the best tools, there are ways that Twitter should and shouldn’t be used.

– Converse with your audience.

– Listen to what’s being said.

– Mix the people you’re following as opposed to just your niche.

– Add followers by the hundreds at first – take the time to add quality contacts instead.

– Direct Message people with a link to your website or sales product immediately after you’ve connected.

– Forget that everything said on Twitter always has an audience somewhere.

There are many tools that you can then use when you become used to Twitter to enhance your experience of it, both business and personal. But that’s another blog post.

In the meantime, if you’re not using Twitter already it’s probably about time you saw what you are missing.